No time to abandon energy density 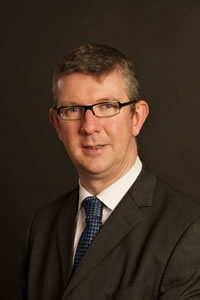 Policy measures to combat climate change that favour ‘green’ energy technologies go against the engineering principles that decoupled the costs of energy and human labour. Professor Colin McInnes FREng FRSE believes that reversing transitions to higher energy density and moving towards spatially diffuse and intermittent energy sources is a recipe for a future of energy austerity.

When James Watt’s separate steam condenser began to displace Thomas Newcomen’s early atmospheric engine, it did not require government targets or financial incentives to encourage the take-up of the technology. Watt’s idea succeeded simply because it took less than half as much coal to deliver the same quantity of mechanical work. Watt’s innovation was part of a long-term trend in energy production; it was part of a continuous move towards using fuels of greater energy density and so lower carbon intensity.

The beginning of the transition from wood to coal in the Elizabethan era allowed us to escape from the photosynthetic limit of diffuse biomass. This was followed much later by oil, methane (natural gas) and now uranium. Each new fuel has a higher energy density and lower carbon intensity than the last, with methane releasing about half as much carbon dioxide as coal per unit of energy produced and nuclear being essentially carbon-free.

That evolution has, so far, relied primarily on carbon-rich fuels. If we now want to displace carbon from energy production – to meet policy goals on climate change – we had better come up with something better and cheaper than coal, and ultimately oil. The answer is not, though, to abandon the pursuit of higher energy density.

As it stands, today’s policies ignore the lessons of engineering history. We now seem determined to replace historical transitions toward fuels of greater energy density with diffuse energy production. This step will require vast quantities of materials, land and subsidies, misallocating economic resources that we could use more productively elsewhere. We should, therefore, treat with caution talk of a ‘green energy revolution’.

Many forms of green energy are spatially diffuse and intermittent, making them inefficient and inherently expensive. Therein lies the need for feed-in tariffs and other support mechanisms. Green energy is set to grow, not because it is more productive, like Watt’s separate steam condenser, but because government mandates it and provides generous incentives. An energy transition that leads to more expensive, less efficient energy production is more a regression than a revolution.

In choosing to make energy more expensive, we should remember that, with James Watt’s development of efficient steam power, hydrocarbon-fuelled machines replaced carbohydrate-fuelled human labour. In the late industrial revolution, this decoupled the costs of energy and labour for the first time in human history. Energy became cheap while human labour became more expensive and so our prosperity soared.

Our entire modern economy is built on this remarkable decoupling. In contrast, our headlong rush into expensive green energy risks sacrificing jobs elsewhere in the economy: it also threatens large tracts of the British landscape and hits the pockets of those who can ill afford higher energy bills.

As engineers, we should insist that energy policy sets out to deliver lower costs, security of supply, and now a transition to lower-carbon energy. This will require greater use of methane and uranium and less use of coal and, ultimately, oil. A number of new technologies could help us to achieve these transitions.

For example, while modern power stations have come a long way since Watt’s steam engine, we still generate much of the world’s electricity by heating water and then extracting useful work. A recent exciting innovation has been the demonstration of energy conversion using supercritical carbon dioxide as a working fluid, akin to a jet engine running on hot liquid. Not unlike Watt’s separate steam condenser, this offers a step change in the efficiency of turning heat into useful work in future thermal plants.

Other recent developments include China’s new national programme to develop next generation molten-salt thorium nuclear reactors. This high temperature, low pressure fuel cycle fissions all of its fertile thorium fuel and leaves only short-lived waste products with a half life of around 30 years. Again, this innovation could be on a par with Watt’s separate steam condenser. It appears that even now some producers of rare-Earth metals are storing rather than discarding thorium, as a waste product, in anticipation of its use as a future nuclear fuel.

Support for the energy sector, and in particular energy innovation, is of course essential. But we need to distinguish between supporting innovation and subsidising commercial-scale energy production. Significant subsidies for production consume economic resources that could help deliver future energy innovation.

As the UK drives forward with an ambitious programme to deploy various forms of green energy, it is becoming clear that a combination of energy-dense, lower-carbon methane, partly from expanding reserves of shale gas in the UK and elsewhere, together with uranium, and later thorium, can be the key fuels of the future. This combination can provide the foundations of an energy policy to deliver future abundant, clean energy from compact power plants.

The era of cheap energy is over only if we choose so. If we use technical innovation to accelerate, rather than supplant, moves towards greater energy density, we can deliver energy that is both cheaper and more abundant. And, as a useful side effect, we will help de-carbonise our economy in the process.

How low can we go?

HOW DOES THAT WORK? - 3D Vision

The evolution of 3D visuals from Victorian stereograms to holograms.