Chip[s] Board is turning potato peel into sustainable bioplastics for the fashion and interior design industries to simultaneously tackle the problems of food waste and plastic pollution. 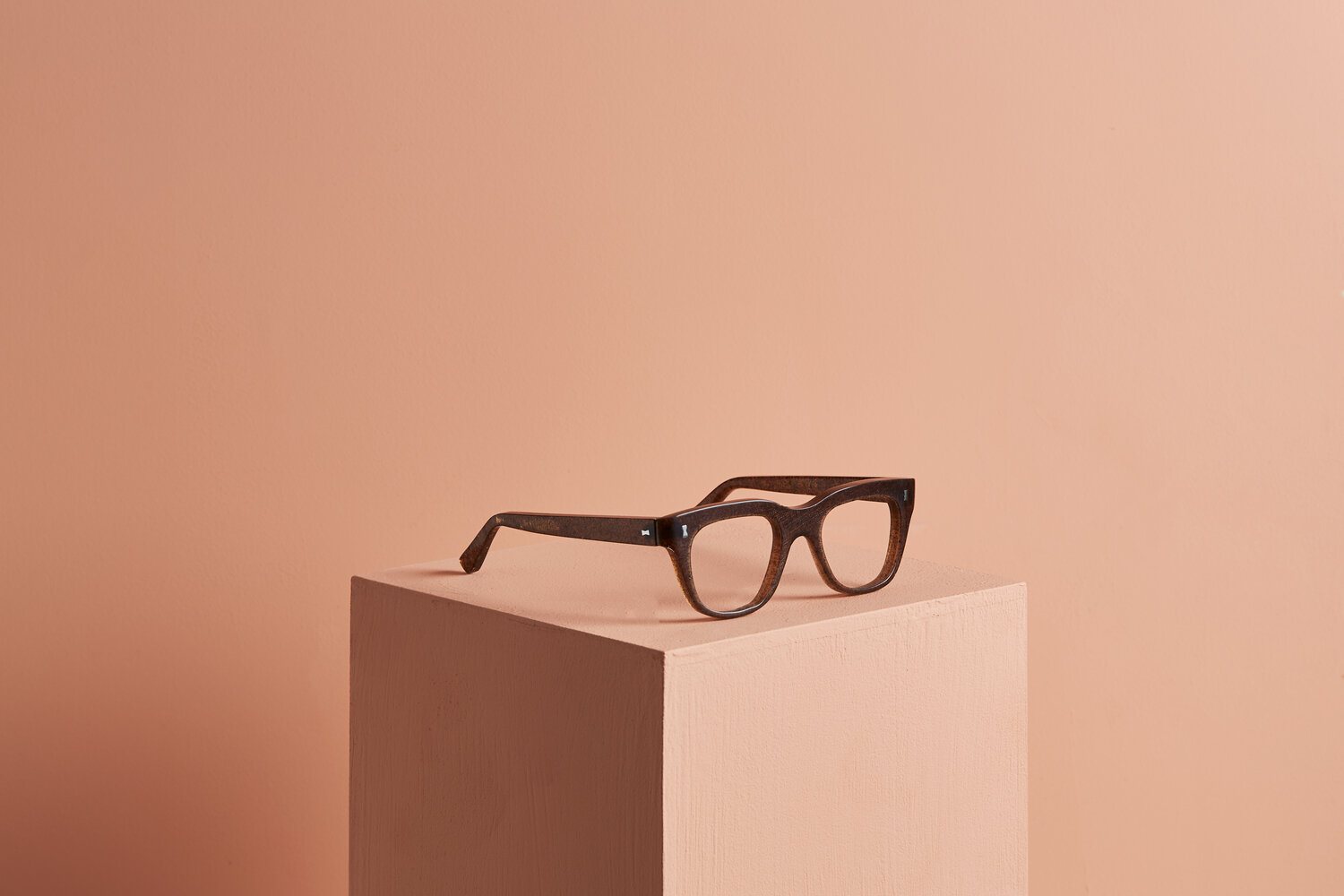 A pair of glasses made Parblex: bioplastic from potato waste

In his previous role as a chef, Chip[s] Board Co-Founder Rowan Minkley noticed the abundance of food waste in the industry. He had studied design at university and so began developing prototypes made from food waste with a housemate, hoping to create sustainable materials for use in design. Knowing that one-third of all food produced becomes waste, Rowan and Co-Founder Rob Nicoll aimed to find value in it and create a true circular economy bioplastic. They discovered that they could make materials from food waste that were easily disposable as well as more durable.

Initially, the pair began by making an MDF substitute from potato waste, but soon discovered that they could make bioplastic materials from industrial food waste. They decided that this route would make more impact as a lot more can be achieved with a small amount of plastic compared to the large quantities needed for MDF.

Chip[s] Board has developed a process that transforms potato waste, supplied by McCain, into Parblex: plastic from potato waste. The bioplastic is made from the raw materials before fibre fillers, such as walnut shells and wood flour, are added to strengthen the plastic and give it qualities such as colour and texture. In its simplest form, Chip[s] Board is converting sugars and starches from food waste into a biopolymer without the use of solvents or any toxic by products.

One of the key challenges that the team faced was creating its own laboratory facility for the entire process, which is complex biochemistry involving fermentation, purification and then polymerisation. Ensuring that all these stages work together and are balanced to optimise each part of the process took some fine-tuning. However, building a lab allowed the team to make sure that each part of the process had a minimal environmental impact: reducing energy consumption, removing chemicals, recycling heat, energy or water between the processes. The team is hoping to move to a larger pilot facility in 2021, where these values will continue to play a key role.

Once manufactured, the bioplastic is sold as pellets, which can be injection moulded, heat formed into sheets, or spun into fibres for textiles. The bioplastics are mechanically and chemically recyclable, so can be reused as plastic, as well as broken down into organic matter in industrial composting.

Chip[s] Board won the Royal Academy of Engineering Enterprise Hub’s Launchpad Competition in 2018, and Rowan Minkley is an Enterprise Fellow. While some projects have been put on hold because of COVID-19, the team is hoping to expand into bio-based plasticisers, which will allow it to make the material more flexible. Now a team of eight, Chip[s] Board is currently producing samples and setting up a pilot production facility in Yorkshire in the next few months, aiming to start selling directly to the fashion industry later this year.

UK households produce over 25 million tonnes of waste a year and only around 45% of UK waste is recycled. The waste that can’t be recycled or reused goes to landfill, where it is starting to contribute to the circular economy.

Hornsea One is the world’s largest offshore windfarm, generating enough electricity to supply over one million UK homes, while Hornsea Two is under construction.

A fully autonomous vessel is sailing from Plymouth to the US, gathering data about plastic pollution, global warming and marine life.

HOW DOES THAT WORK - Chatbots

Chatbots use machine learning to answer queries from humans.