Engineers will face ever-growing and ever-changing challenges as they tackle climate change and build a sustainable future. There is now an urgent need to ensure they will be equipped with the knowledge and skills to do so, writes Professor Roger Kemp MBE FREng. 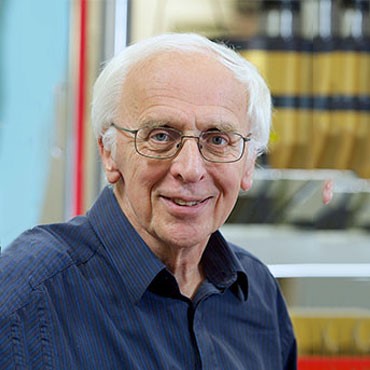 Complex systems play an increasingly important part in people’s lives: supply chains providing fresh food from around the world to local supermarkets; power systems extracting energy from wind, sunshine, tides, biomass, and fossil fuels, and making it available 24/7 in sockets around our homes; international data networks connecting phones, computers, search engines, and media; the financial system allowing international credit card usage and providing finance for business and industry. The list of complex systems essential to our way of life is long and continually growing. But perhaps the most important are the interconnected systems of atmospheric dynamics, the carbon cycle, ocean salinity, and other parameters that control the earth’s climate, on which all others depend.

Some complex systems are engineered – that is to say there is a plan, the participants are known in advance, and there are protocols and regulations in place. A city metro system may be complex, but there is little ambiguity over its geographical extent, assets, operations, or responsibility for the safety of the network. Other complex systems can be ad hoc – there is no central authority, players join and leave at will, and regulation may be covered by multiple jurisdictions. The 2008 financial crash brought home the complexity, interdependence and riskiness of financial organisations.

From time to time, people find themselves in a complex system-of-systems that, until it failed, no one had thought of as connected. When, in 2015, Storm Desmond took out the electricity system in Lancaster, people were surprised how many other services – phones, health and social care, lifts and water supplies in tower blocks, cash machines, card payments, petrol stations, garage doors – were all affected, as detailed in the 2016 Royal Academy of Engineering report, Living without electricity.

But efficient systems are often brittle and at the opposite end of a spectrum from resilient. An agricultural monoculture might be the most efficient way of producing food but, as was found in the 1840s Irish potato famine, can be a brittle solution, prone to fracture. Establishing a society that copes efficiently with the unpredictability of complex systems, achieves zero-carbon targets, and is resilient to natural and human-made disruption will not happen by chance. It will require careful analysis, different priorities, an engaged population, and, above all, a differently educated workforce.

Within 10 years, we need to be well on the way to a zero-carbon society. Mass production of internal combustion engines will be running down: novel transport systems, electric vehicles, cycling and walking will be the ‘new normal’. New homes will be built to Passivhaus standards (using little energy) and teams of technicians will be involved in converting existing houses from gas central heating to heat pumps, hydrogen or district heating. Research groups will be developing carbon capture and storage and renewable technologies. Energy storage will be high on the research agenda along with the design of networks of control systems to balance the demands of heat pumps, electric vehicle charging and smart appliances with whatever flow renewables are available. Control systems for ‘the smart grid’ will constitute a multi-faceted, heterogenous and hugely complicated network of complex systems, both above and below the meter.

To cope with this dramatic shift in technologies, we will need a dramatically different engineering workforce – different not only in technical skills but also in creativity, interdisciplinarity, flexibility, and motivation. Decarbonising a complex industrialised society is not something that can be planned meticulously in advance – it is easy to predict that life will be very different to today, but no one can predict how the challenges will evolve or how resilient solutions will be developed.

Over recent decades, engineering education has become conformist with narrowly defined learning outcomes and curricula, accredited standards and all their associated bureaucracy. The curriculum in some areas has been largely unchanged for decades, despite the rapid growth in analytical tools and changes in technology and the structure of careers. In the near future, the problems engineers will face in tackling the climate crisis and its impacts will be novel, unique, complex, and unbounded. Many will be in outwards-facing roles, working closely with sociologists, environmental scientists and politicians, requiring a very different set of competences and motivations. Understanding complexity and the balance between resilience and efficiency will be essential skills.

The usual cycle for making changes to what engineers learn takes many years, from the painstaking negotiation of changes to UK-SPEC ( the UK Standard for Professional Engineering Competence, which sets out the competence and commitment required for professional registration), through universities introducing changed curricula, to graduates emerging with new skills and becoming integrated into the workforce. This ponderous evolutionary cycle will not equip tomorrow’s engineers with the competences needed to tackle the global emergency in the timescale needed.

1.    The engineering profession, working with industry, needs to establish a realistic plan of how net zero will be achieved and to produce an estimate of the numbers of engineers and technicians who will be needed in different areas and the core skills they will need.

2.    A team, mainly drawn from the professional engineering institutions and universities, needs to analyse the knowledge, expertise and skills decarbonisation will require and how engineering syllabi need to change to deliver these.

3.    The Department for Education needs to work with industry and further education colleges to ensure there are suitable courses, apprenticeships and funding, both for young people joining the net zero workforce and for reskilling the many thousands of technicians and skilled workers in existing high-carbon industries.

To meet the challenge of net zero will require a revolution in engineering education – and that needs to start now.

Biography
Professor Roger Kemp MBE FREng spent his early career in the rail industry, most recently as UK Technical and Safety Director of Alstom Transport. He joined Lancaster University in 2003, where he ran a master’s in safety engineering and researched decarbonisation of heating and transport. He is now an Emeritus Professor of Engineering and heavily involved in the Royal Academy of Engineering’s work on the safety of complex systems.