The sound before the slide

Did you know?
• Movements in the ground can cause hundreds of millions of pounds worth of damage to buried infrastructure such as pipelines and tunnels
• Technology that detects the acoustic emissions before a landslide could also be deployed to monitor underground movement
• Friction between soil particles rubbing against each create the acoustic emissions that warn of ground movement

Detecting the early warning signs of a landslip by listening for sounds generated within a body of earth at risk of such movement might seem an unlikely proposition. But engineers at Loughborough University think otherwise – and an instrument they’ve developed to do just this is licensed for manufacturing and could also be applied to monitor ground movement around buried infrastructure. Geoff Watts spoke to them about its development and use. 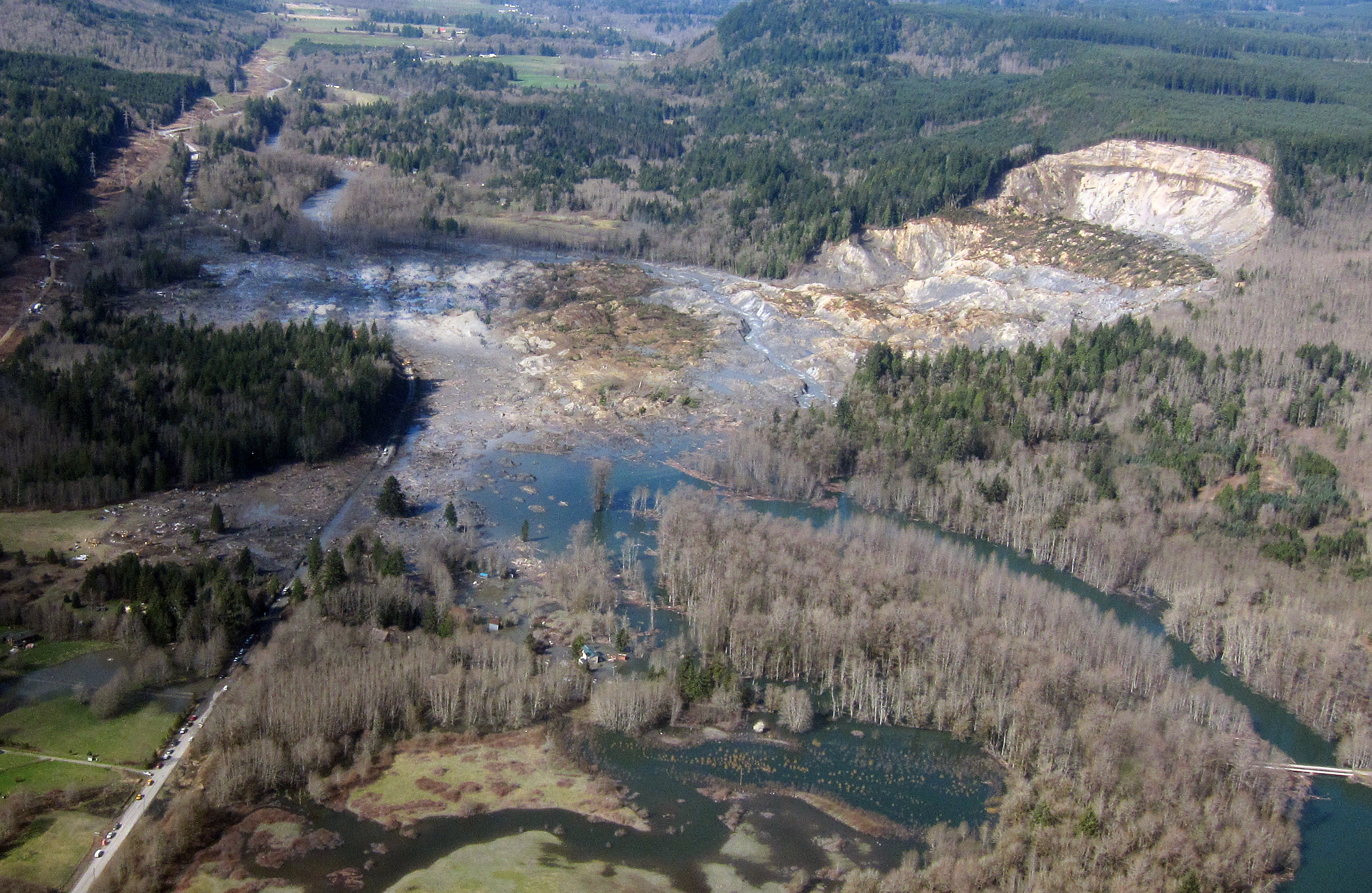 In March 2014, a large landslide occurred at Oso, northwest Washington, USA, killing 43 people and destroying about 50 homes and other structures, as well as nearly a mile of State Route 530. US Geological Society research indicates that the landslide’s average speed was about 40 miles per hour, with maximum speeds likely even higher. The area overrun by the landslide was about one-half square mile, and the landslide moved about 18 million tons of soil. The hazards associated with the slope were known but inadequate risk reduction methods were implemented, and this resulted in significant loss of life and damage to the town. It is possible that monitoring instrumentation installed across the slope, such as acoustic emission systems, in conjunction with pre-established response strategies, could have allowed early warning to enable evacuations © Mark Reid, USGSThe noise created by a landslide – a variable cacophony of roaring, rumbling and crashing – is terrifying, but transient. The slide itself, over in just a few minutes, represents the spectacular climax to a process that may have been building over days, weeks or even months. This precursor phase is also accompanied by sound. Inaudible to the human ear, the tiny ground movements that precede a full-blown slide generate high-frequency vibrations: ground-generated acoustic emissions. If detected, these vibrations can serve as an indication of disaster in the making.

Landslides, while responsible for large numbers of deaths in some parts of the world, can hardly be described as a ubiquitous risk. Buried infrastructure, by contrast, is everywhere: rail and road tunnels; pipelines carrying oil, water or gas; dams; the foundations of structures ranging from bridges to wind turbines; and much else. All these structures are susceptible to damage resulting from movements in the ground that both surrounds and supports them. The UK spends 100s of millions of pounds each year maintaining infrastructure, and this will grow significantly as existing infrastructure ages and more is constructed. However, this spend could be an order of magnitude lower if deterioration is detected early enough using early-warning systems. The UK’s existing, ageing geotechnical assets comprise around 10,000 kilometres of rail track; 46,000 kilometres of metal water and energy pipelines; 1,800 offshore wind turbines; hundreds of kilometres of tunnels; and 100,000 bridges, retaining structures and foundations.

Now, engineers at Loughborough University have developed a practicable method of detecting ground-generated acoustic emissions. The instrument they’ve developed is a useful addition to several other technologies already deployed for landslide warning, each with its advantages and limitations. Looking to the future, Loughborough’s research on landslides could also lead to a much wider application of these acoustic emissions when detecting ground movement around buried infrastructure.

Miniscule movements
The movements of soil particles in unstable ground before a landslide are vanishingly small, but even the slightest displacement will cause these particles to rub against their neighbours. It is this interparticle friction that generates acoustic emissions. The greater the ground movement, the more each particle will grind against its neighbours, and the more the sound emitted. 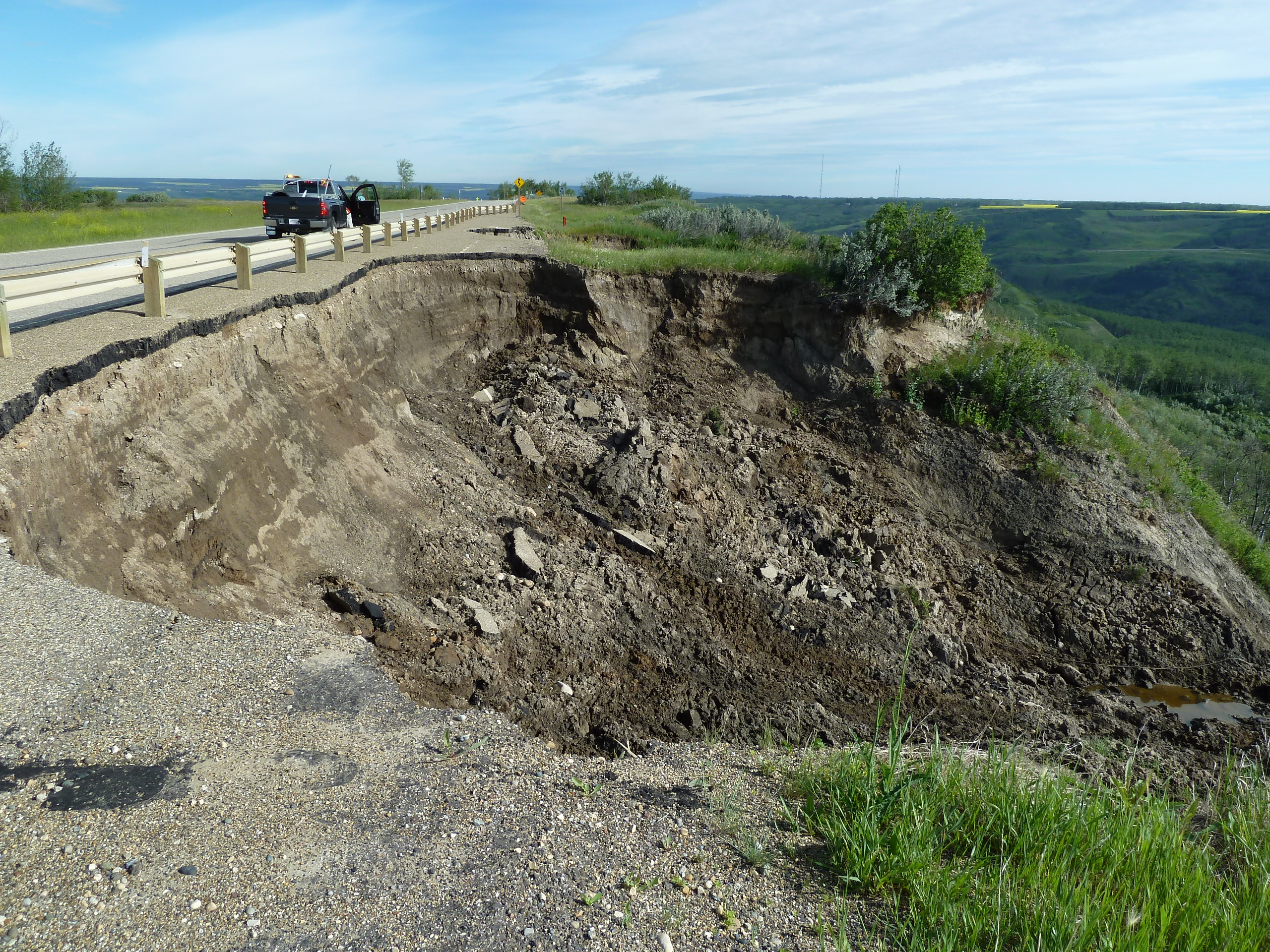 One of the hurdles geotechnical engineers have detecting these sounds is that they are poorly transmitted from particle to particle through the ground and, even more challenging, is that their principal source lies well below the surface. Watch a landslide in action and you will see an upper layer of material sliding over a more stable layer. The intersection between the two, the shear plane, is also the region where, before the main slide begins, there is the greatest movement between soil particles, and so the generation of the most intense acoustic emissions.

Neil Dixon, Professor of Geotechnical Engineering, has pioneered Loughborough’s approach alongside Alister Smith, Senior Lecturer in Civil Engineering, who is now leading the work on monitoring buried infrastructure. Between them, they developed an instrument to detect the sounds that precede a landslide using a sensor on the upper end of a steel tube lowered into a borehole deep enough to penetrate the shear plane. Depending on the ground in question, the length of tube required may be little as couple of metres, or as great as 20 to 30.

A tubular waveguide
Inter-particle transmission of acoustic emissions is poor. However, for particles in direct contact with, and rubbing against, the metal tube, attenuation of acoustic emissions along steel tubes is some 100,000 times lower. Vibrations can propagate over tens or even hundreds of metres. Moreover, investigators can choose the thickness and diameter of the instrument’s tube to maximise the propagation of high frequencies. Acting as a waveguide, the tube conducts the sounds up to the sensor. The energy generated by the grinding of a single particle is self-evidently small, but the system is listening to the combined output of vast numbers of particles.

Standard transducer technology provides the sensor that converts mechanical vibrations of the wall of the tube into an electrical signal. The rest of the system, not least the computer programme required to process the raw data, was designed from scratch as no other system could do what the team needed. The Loughborough engineers worked with the British Geological Survey, a body well-versed in geological instrumentation, to develop the original version of the device and its software.

The instrument is tuned to respond only to sounds above 20 kHz generated by soil-particle friction. All other vibrations are ignored – the system includes signal filtering and uses a bandpass filter focused on 20 to 30 kHz, which means signals with frequencies outside of this range are removed. A good test of the instrument is to bury it in a railway embankment. Despite thunderous noise and much shaking it will respond only to the frequencies it is set to detect. The system can be solar powered or run on conventional batteries. 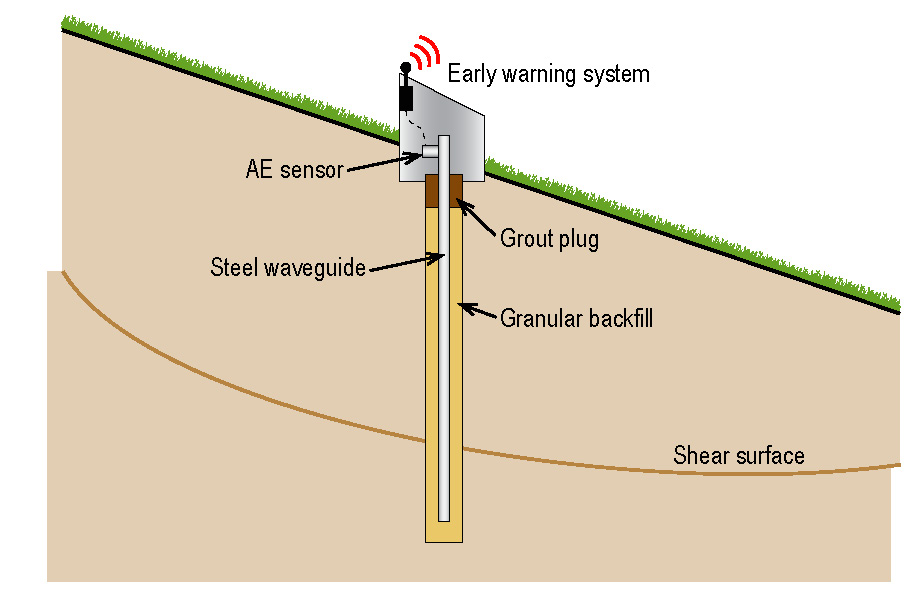 Illustration of the active waveguide system used for acoustic emission (AE) monitoring of slope stability. When the slope begins to move, deformation of the granular backfill generates AE that propagates up the waveguide to the AE sensor where it is measured and processed. If AE trigger levels are exceeded, warning messages are issued to decision makers via telemetryProcessing the data
An increase in recorded acoustic emissions indicates an acceleration in the movement of a slope. Slopes undergo progressive failure processes and gradually accelerate (movement rate increases) from fractions of a millimetre per hour before full landslide failure occurs. The acoustic emission monitoring approach has been able to detect movements as slow as thousandths of a mm per hour, which demonstrates the system can detect movements in their early stages and provide warning well before full landslide failure takes place. The instrument can be set up to transmit data for expert interpretation by geotechnical engineers, or simply to alert the user when a pre-determined level of activity has been exceeded, and so flag up the need for onsite investigation. In practice, individuals installing the system will normally have the geotechnical background required to interpret the data for themselves.

A detailed interpretation of acoustic emission data depends on those individuals knowing the nature of the soil particles. This will vary from site to site but operators installing the instrument can create a considerable degree of uniformity by backfilling the borehole in which the metal tube is located. When those installing the instrument have drilled the borehole to the required depth and lowered the detector tube into its centre, they fill the annular space between the tube and inner surface of the hole with gravel or sand of known physical characteristics. With this knowledge it is possible for geotechnical engineers to translate acoustic emissions data into estimates of the rate of ground movement that would be required to generate it. 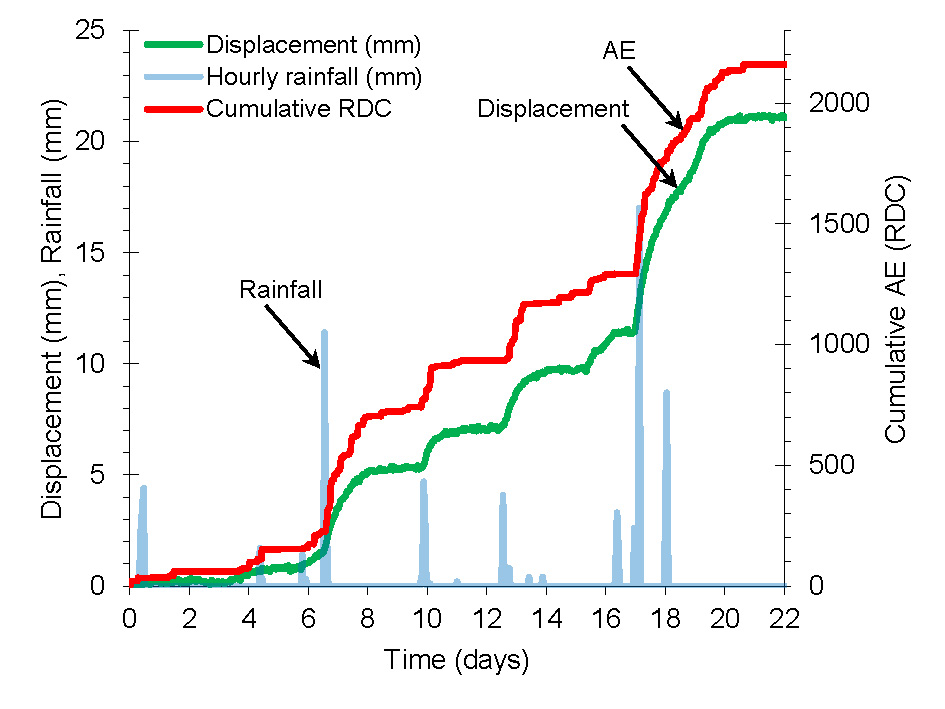 How I got here – Hassan and Hussain Moftah

Twins Hassan and Hussain Moftah are both data analysts whose work overlaps with data engineering and science.

The James Bond films – and books – are known for their exciting and innovative gadgets. Although mostly fictional, some do have their roots in real-world technology.