By the time they reach the age of two, babies go through seven clothing sizes, only adding to the fashion industry’s impact on the planet. London-based Petit Pli is on a mission to lessen the burden, with childrenswear that grows with the wearer.

The fashion industry consumes more energy than aviation and shipping combined, while vast dumping grounds of discarded clothing pollute the Earth. Innovators worldwide are working to change this, with materials that consume less resources, clothing rental models and second-hand marketplaces all helping to solve the problem.

From air to childrenswear 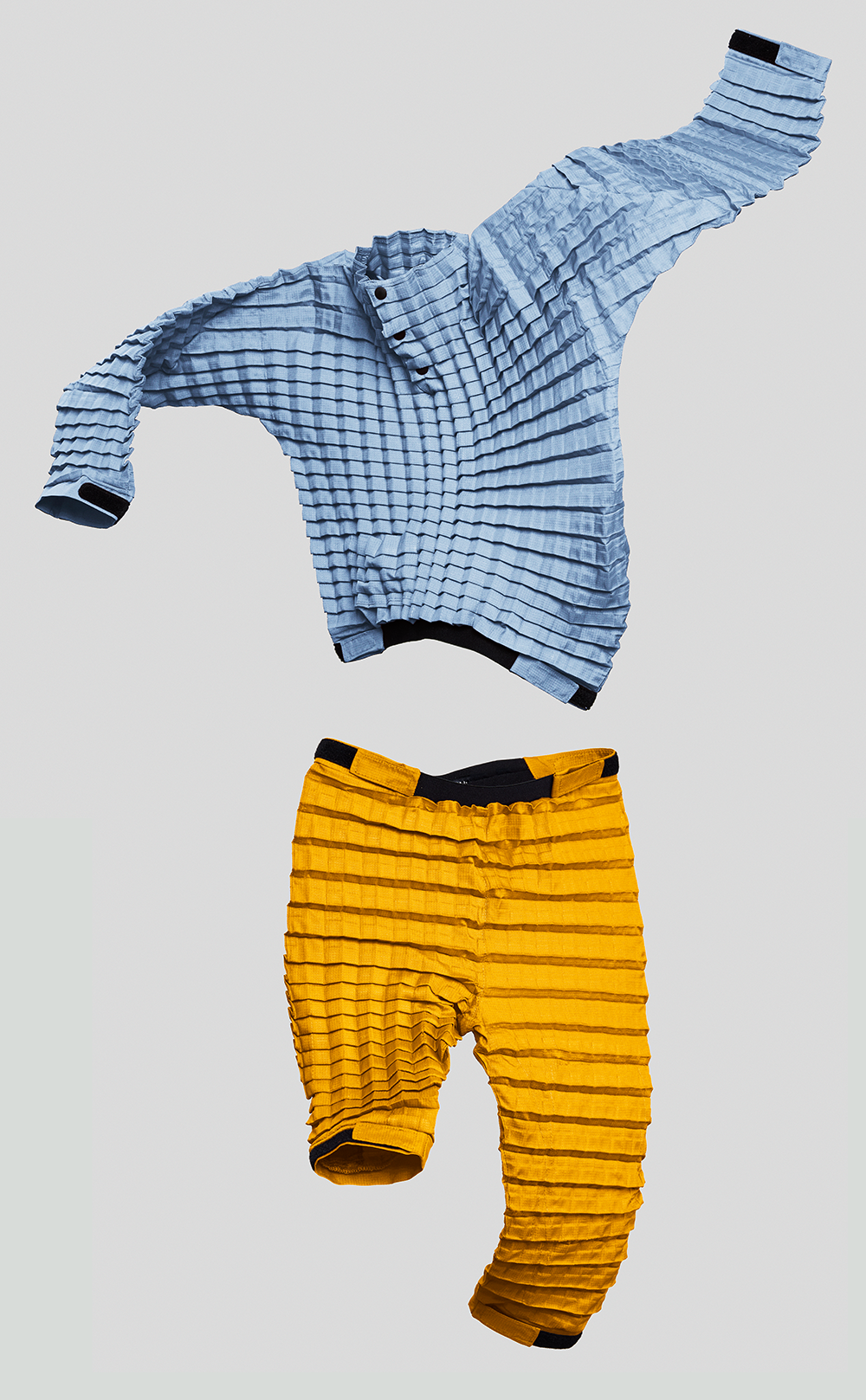 Petit Pli’s childrenswear comes in three ranges: one for newborns (up to a year old); another for one- to four-year-olds, and another for four- to nine-year-olds

It was Formula One – and his fascination with air – that led Ryan into engineering. “I was totally enthused by how air could carry a plane into the sky or keep a car going around a corner at 300 kilometres per hour or more.” His path took him to an aeronautical engineering degree at Imperial College London, where he fell in love with unravelling the inner workings of wind turbines and jet engines.

But it wasn’t just flight dynamics or structural mechanics that fascinated him; it was the way that engineering could help push humanity forwards. His curiosity was also sparked by engineering feats that ultimately weren’t commercially viable, such as Concorde. “It’s almost as if you had a peek into the future,” says Ryan.

He continued to explore the bounds of the possible in his master’s thesis, which looked at miniaturised satellites called CubeSats. The problem: onboard a satellite so small, how do you make the best use of any gaps being wasted? Could you install more solar panels, or more powerful components to transmit radio waves further? The idea to solve this used origami to create folded structures that could sit in the gap and self-deploy once in orbit.

Then, on a master’s in global innovation design at the Royal College of Art (RCA), Ryan began applying his engineering knowledge to fashion. “The more I looked into the industry, the more I realised that it was really unethical and wasteful. So, I came up with six different projects that would try and tackle different elements of the fashion sector’s pitfalls.” One of these was to become Petit Pli.

Prototyping in the oven 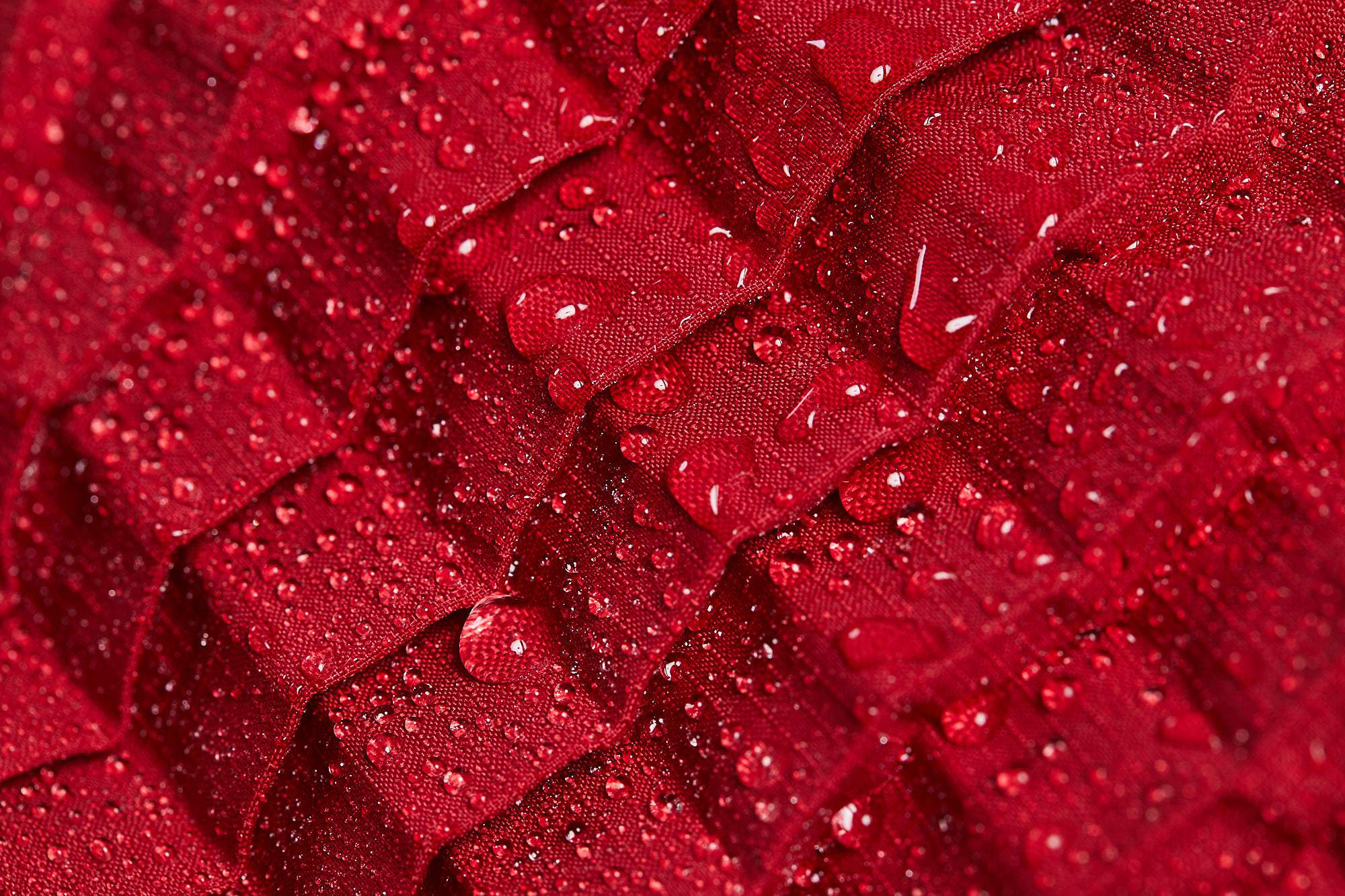 Petit Pli’s waterproof material has its structure facing downwards like roof tiles, to ensure no crumbs get stuck, making it the perfect outerwear for children

The idea was sparked by the birth of his nephew, Viggo, but it was nanosatellites that inspired the solution. By the time Ryan’s gift of baby clothes had reached Viggo in Denmark, they were too small for him, which he thought was “absolutely ludicrous. I just thought, there must be a better way, and naturally started implementing those engineering learnings, from deployable structures into garments that would essentially deploy out as the child grew.”

He made a prototype with a sewing machine, put some shape memory structures in it and “almost melted it in the oven” to get something that could be modelled by both his newborn nephew and two-year-old niece. Responses from parents showed him the idea had traction, and he did everything possible to accelerate its development, including starting a company. “I was having meetings with patent lawyers and (asking them to) fund my patent application … When I was a student, that conversation was very different to when I was a CEO of a company – which only cost me £10 to form.”

Simultaneously, he was exploring how different structures could affect the material’s auxetic properties – meaning how pulling lengthways on the fabric caused it to grow along its width, too. To perfect this, he used data from children’s growth charts, looking at things such as height and arm length.

To ensure a new aircraft’s airworthiness, engineers put materials through fatigue testing. Similarly, Ryan used equipment to push and pull different textiles to see which could be repeatedly opened and closed without it permanently affecting the textile’s growth. After making a few tweaks to the embedded structure, he got parents involved for longer-term testing with their children, to get the clothing market-ready.

After he graduated from the RCA, built a website, and began searching for investment and supply chains, COO Arabella joined, fascinated by the social ideas behind executing engineering projects, which she says are “as important as learning the mathematics behind it”.

Growing with the times 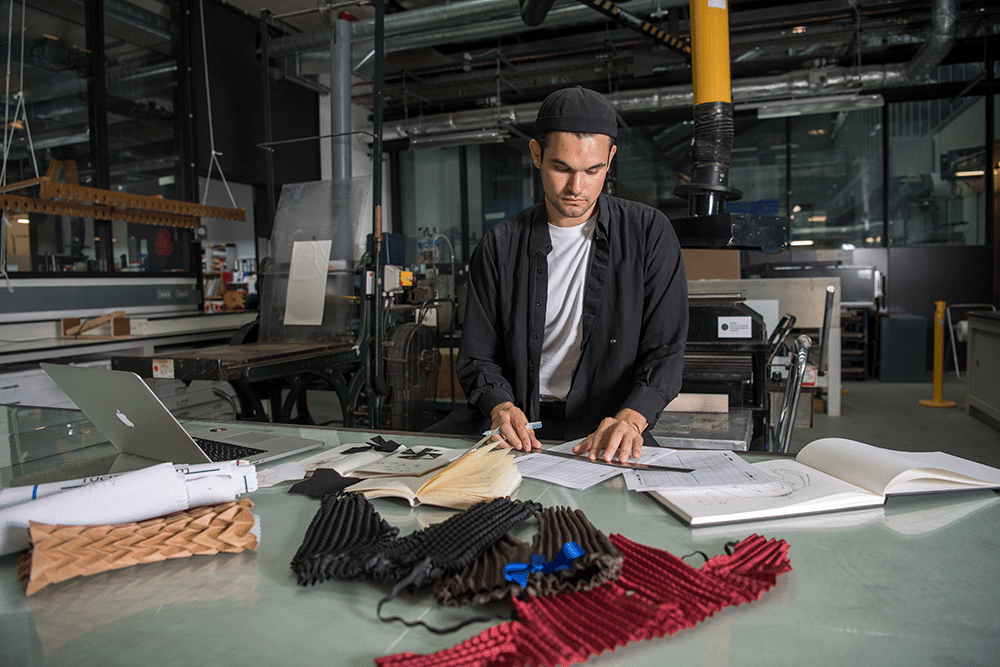 In the studio: Ryan Mario Yasin, CEO of Petit Pli

Although Petit Pli has received much fanfare in the last few years, including winning the Dyson Award in 2017, the team says “the challenges came from every angle”.

One was choosing the right material, as some parents weren’t keen on their children wearing synthetic textiles. “So then we focused on outerwear, which generally uses synthetic materials for their fantastic water repellent properties and durability. If you can create fabrics made from recycled waste and then turn that into a useful product with a long lifespan – and think about its lifecycle use – actually the environmental gains could outweigh the stigma,” says Ryan. Each Petit Pli garment is made from at least six recycled plastic bottles and can be recycled at the end of its life.

Ryan was also motivated by a challenge he set himself: to create something that would be successful in the real world, rather than just in his portfolio. Challenge resoundingly met. Now, Petit Pli has sold tens of thousands of products in over 60 countries. Following a successful Regent Street pop-up in 2021, the team plans to open a London shop. Its Clothes That Grow will also be permanently exhibited in the Young V&A museum, opening in 2023. Petit Pli has released maternity wear, and a face covering named one of TIME’s Best Inventions of 2020. Aspiring to become the next GORE or 3M, the team plans to expand its designs to even more applications.

When discussing Petit Pli’s future, Ryan and Arabella’s plans are different to most companies. “For us, it’s less about what products we want to make. It’s about asking, how can we use our existing knowledge, supply chains and team to actually add value to the world?” says Ryan. Arabella agrees: “We’re looking forward to growing and changing with the changing times.”

As wind turbine blades are being retired in increasing numbers, engineers are coming up with solutions to extend their use.

Loved by celebrities and always in the news, NFTs are the latest ‘big thing’, but what are they?