A successful online Kickstarter campaign helped to launch an award-winning, lightweight cycle lock that is now sold in over 70 countries and is the only bike lock on the market that closes without a key. 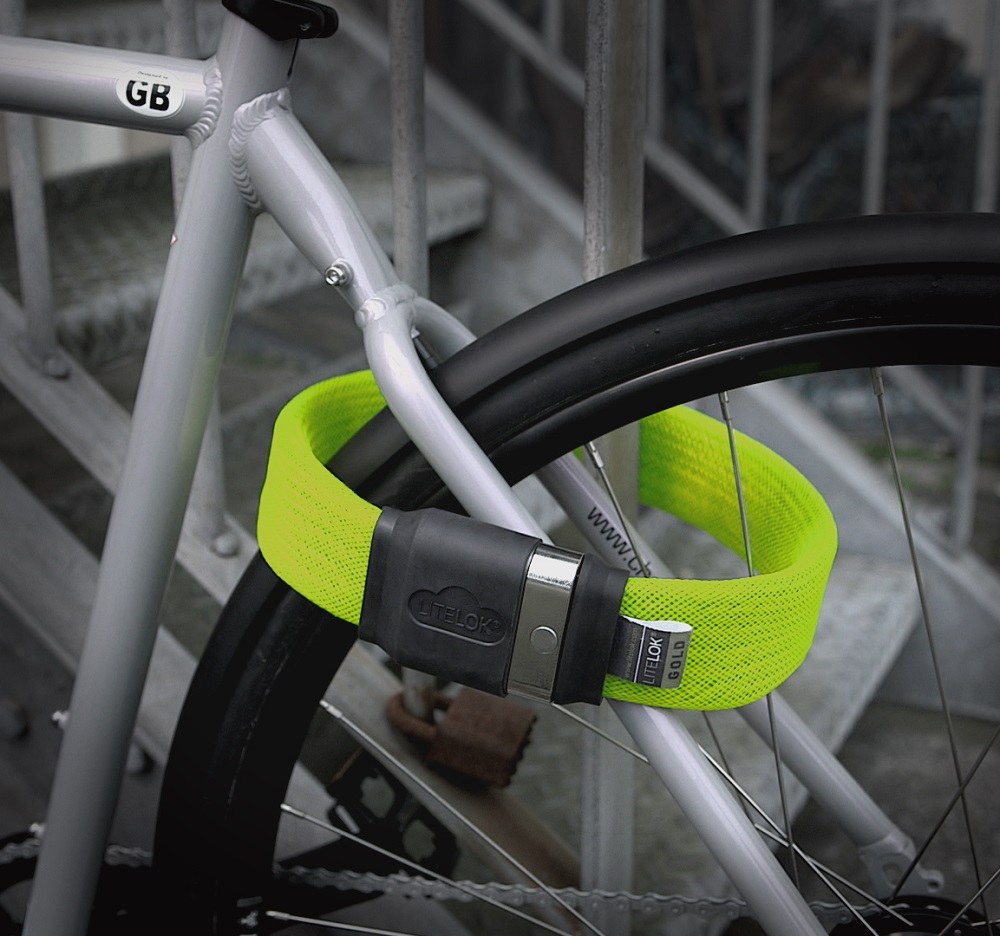 After having several bikes stolen on the streets of London, Neil Barron decided to use his 30 years’ experience as an aeronautical engineer and then designer to disrupt the cycle lock market. He could see that bicycles were getting ever lighter but the locks were getting heavier, and resolved to create a high-security but lightweight bike lock.

Barron, a Royal Academy of Engineering Visiting Professor in Innovation at the Royal College of Art, London, decided to totally rethink the design and materials that form a lock. The only items that he has not recreated from scratch are the discs inside the cylinder lock; everything else about the Litelok Gold Lock is new.

Barron and his team developed an innovative patented metal and polymer composite called Boaflexicore, which forms the flexible band welded to the lock mechanism. The material consists of several components, including 2,000 strands of high-tensile steel in the form of filaments whose format and specification allow the material to be tough and flexible.

Bicycle thieves using cutters will usually attempt to break a lock by creating a nick that turns into a crack. This is because once a fracture starts in a continuous metal, it can spread all the way through. The new material is non-continuous, which means that the crack needs to be constantly restarted and so does not get bigger. Boaflexicore spreads and squashes by placing more material in front of the cut so that it is harder to cut through.

This novel property of the new lock strap initially caused problems in the manufacturing of the lock. Boaflexicore is produced in a process that makes 10 kilometres of the material at a time. However, when it had to be cut to length for each lock, the cutting tool in the large hydraulic presses could not manage more than a hundred cuts before blunting. The team developed a new sintered tool to cope with the new material through a process of compacting and forming a solid mass of material by applying heat or pressure.

The resultant tensile strength of Boaflexicore is 177 kilonewtons – or nearly 40,000 pounds-force. The strap is then welded to a patented hardened steel lock that was developed with lockmakers Henry Squire and Sons. In order to make the lock as slim as possible, the lock housing is used as part of the structure and the more the structure is pulled the stronger it becomes.

In March 2015, Litelok, the company that Barron had formed two years before in South Wales, started an online crowdfunding campaign on Kickstarter. It raised over £232,000, enabling the company to establish the tooling and the accreditation needed for the lock and brand.

The Litelok lock was presented to Sold Secure UK, the testing and certification house for security products. The testers used the usual street weapons of thieves including bolt croppers, hacksaws and cable cutters, before the lock was awarded the Bicycle Gold rating, the top rating for bikes. With this independent assessment, Litelok could market the 1.1 kilogram lock as the lightest flexible lock for its strength on the market.

Now, with more than £1 million worth of backing from the Development Bank of Wales, Innovate UK and a syndicate of Business Angels, Litelok is looking to invest in more hi-tech manufacturing techniques. The company already has 20 employees based around Swansea and aims to develop complementary security products using Boaflexicore.

Dental labs are increasingly adopting additive manufacturing to create dental implants. The technique can reproduce the complex three-dimensional geometries needed for such implants.